Having begun his career at Theatre 503 with his debut musical Jet Set Go! as well as his first full length play Four Play, join musical theatre writer Jake Brunger – writer of the critically-acclaimed West End musical The Secret Diary of Adrian Mole – as he shares his top tips and insights into writing for musical theatre. From the practicalities of structuring a show and writing a song through to pitching, rehearsing and rewriting, this session is ideal for anyone considering a career as a lyricist or bookwriter.

Thanks to our Share The Drama scheme, we want to make sure those of you who are struggling in the current climate can still take part in our Spring Writers Programme. While we prioritise anyone who is long term unemployed and/or claiming benefits, we’re also offering subsidies if you’re in financial difficulty as a result of the Covid-19 crisis. 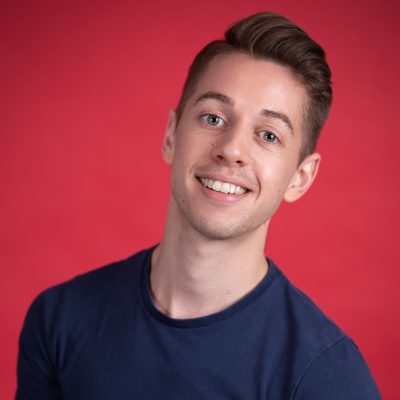 Jake Brunger is a London-based playwright, lyricist and screenwriter originally from Nottingham. His critically-acclaimed stage musical adaptation of Sue Townsend’s bestselling novel THE SECRET DIARY OF ADRIAN MOLE AGED 13 3/4 ran in London’s West End following two sell-out runs at the Menier Chocolate Factory and Leicester Curve. The show was nominated for the 2018 Evening Standard Award for Best Musical with the original cast recording released by Sony Masterworks Broadway. He has written 3 musicals for young audiences for Singapore Repertory Theatre including a new adaptation of RED RIDING HOOD, which has now been produced all over the world, PRODIGY for National Youth Music Theatre and the cult fan-favourite JET SET GO! His musical theatre work is licensed worldwide by MTI and Concord.

Jake’s stage play FOUR PLAY was first seen at the Old Vic Theatre in 2015 starring Richard Madden and Jeremy Irvine before completing a sell-out four-week run at Theatre 503. The playtext is published by Nick Hern Books and is regularly produced across the UK. Jake’s debut feature film LOVE SARAH starring Celia Imrie and Bill Paterson premiered at the 2020 Glasgow Film Festival and reached #1 at the New Zealand Box Office and #4 at the Australian Box Office. He is currently writing an original feature film for Sharon Horgan’s company Merman and a new stage musical for producer Mark Goucher.